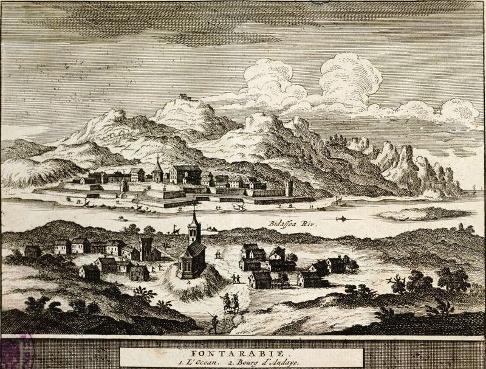 Ferdinand of Aragon, king of Spain and father of Henry VIII’s first wife, was proud of his ability to deceive his fellow sovereigns. When the French king Louis XII complained that he’d once been tricked by the wily Spanish monarch, Ferdinand is reported to have said: “He lies, the drunkard, I’ve cheated Louis above twenty times!”

So if such a veteran of international intrigue as Louis could be fooled by Ferdinand, it is hardly surprising that a young Henry VIII was easily duped into fighting a costly war that brought England nothing but shame and disgrace.

In 1512, the 21 year old Henry had been on the throne for less than three years but, contrary to what he may have become, the youthful prince took his role as monarch seriously. In particular, the devout young Henry believed that God had given him three tasks: to protect the pope (!), to rebuild England’s empire in France which had been lost during the Hundred Years War and secure the Tudor dynasty on England’s throne.

In order to achieve these lofty ambitions, Henry needed powerful friends so, shortly after his coronation in 1509, he’d married Ferdinand’s daughter Catherine of Aragon. This union secured Spain as an ally and, in 1511, Henry further strengthened Anglo-Spanish relations by signing a treaty promising to aid his father-in-law in his forthcoming war against Navarre.

Having united the rest of Spain, Ferdinand wanted to add the fiercely independent Basque Country to his dominions. However, as Navarre straddled the Pyrenees and its king John d’Albret had close ties to the French crown, any attack on this mountain kingdom would incur the wrath of the French. Ferdinand therefore turned to his son-in-law for help.

The two kings agreed to raise an army of 12,000 men and attack on two fronts: Ferdinand would invade Navarre whilst the English kept the French from aiding their ally by besieging the strategic border city of Bayonne. To further sweeten the deal, Ferdinand insisted that once Bayonne had fallen, the whole of Aquitaine, the jewel of England’s former possessions in France, would fall into Henry’s lap like a ripe plum and even the road to Paris would lie undefended.

A more experienced ruler might have realised that such a tiny force could never conquer Aquitaine, let alone the whole of France, nevertheless Henry agreed to recruit half the men, and pay half the cost of the invasion, whilst Ferdinand promised to provide ships to transport the English to and from Northern Spain. The treaty of 1511 also stipulated that the English had to be led by ‘a good general’, which makes Henry’s choice of Thomas Grey, 2nd Marquis of Dorset, something of a surprise.

Dorset was the grandson of Elizabeth Woodville, he was thus the step-son of the Yorkist King Edward IV and half-brother of the murdered ‘Princes in the Tower’. Though the Grey family had sided with the Tudors at Bosworth, their Yorkist connections made their loyalty suspect and in 1508 Dorset had been imprisoned for an alleged conspiracy against Henry VII. Having been pardoned for this offence, Dorset served Henry VIII faithfully but his command of the English expedition to Spain was a disaster.

Thanks to Ferdinand’s numerous letters assuring Henry that support for the English cause was strong, Dorset believed he’d be welcomed as a liberator and his conquest of Aquitaine would be swift and bloodless. However, once the English army had landed, Ferdinand insisted that the English help him capture Navarre before invading France as originally planned.

Angry at having been misled, Dorset insisted that he had no orders to attack a neutral kingdom and added that the 1511 treaty only required him to keep his army in the field for a maximum of 25 days. Dorset then marched his men the border town of Fontarabie (now Hondarribia), in preparation for his intended attack on Bayonne but Ferdinand refused to send the supplies Dorset needed.

Lacking cavalry or siege engines, the English could not capture Bayonne so they stayed in Fontarabie, getting drunk and brawling in the streets, whilst Ferdinand invaded Navarre. Ferdinand even suggested the English capture the Navarrese province of Bearn on the French side of the Pyrenees but Dorset was adamant that his orders authorised him to attack only Bayonne and nowhere else. Ferdinand duly sent messengers to England to clarify Dorset’s position but such a journey took weeks and supplies in the English camp were running low.

At the beginning of autumn Dorset claimed that his men had been decimated by disease and demanded that Ferdinand provide the promised ships to convey the remnants of the English army back home. By this time, the messengers had returned from London with new orders telling Dorset to remain in Spain but, having run out of beer, the English troops were on the point of mutiny and insisted on being sent home. By now Ferdinand had realised that his English allies were more of a hindrance than a help and he happily obliged.

When Dorset arrived in England he was summoned before Henry to explain how the expedition had descended into farce. In his defence, Dorset insisted that Ferdinand had never intended to help the English conquer France and Henry seems to have believed his commander’s version of events. Dorset escaped punishment for his ignominious failure and, having been forgiven, he was part of the English army that invaded northern France in 1513. His descendants weren’t so lucky.

Thomas Grey’s granddaughter was the doomed Lady Jane Grey who, in 1553, was briefly proclaimed Queen of England by her father Henry Grey. Unfortunately, the Greys’ bid for the throne failed and the conspirators, including the largely innocent Lady Jane, were all executed for treason.

Back to Blog Menu